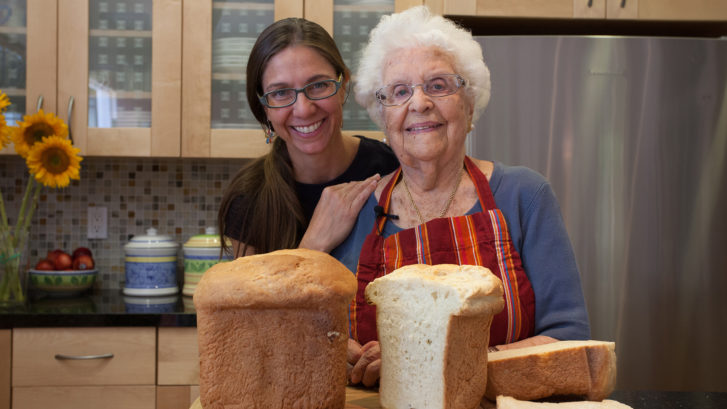 Growing Bolder’s Bill Shafer wrote and produced a documentary about Sky Bergman who grew up with her grandmother and considered her one of her best friends and most important influences. When her grandmother was still working out at the age of 99, Sky decided to take her camera to the gym and film the workout. A project was born — a documentary celebrating others who embraced active longevity. In “Lives Well Lived,” Sky chronicles 40 people from age 75 to 100 sharing secrets and insights to living a meaningful life. 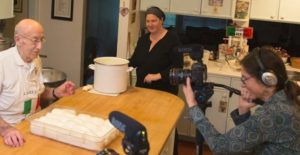 Bill Shafer: “Sky Bergman has always seen things a little differently, and it’s helped her become an acclaimed photographer and a college professor. But she never expected what happened when she aimed her camera at a place where few want to look, forward, ahead in life towards advanced age. But it’s there she discovered a treasure, it was almost, she felt, like a map to the secrets of a life well lived.

“I always say that everyone has a story to tell if you just take the time to listen.”

Listen is what she did. But what she heard was priceless.

She focused on the lives of 40 people, old in age and strangely compelling. Watching makes you wonder if you might be getting a glimpse of your own future, something Bergman first though about with her grandmother.

“When she was about ready to turn a hundred, I went back and filmed her working out at the gym. She used to work on her exercise and lift weights. And I wanna tell you, she didn’t start working out until she was in her 80s. So it’s never too late to start working out. She had a phrase, “Move it or lose it.” And she really lived that. So I thought, well, I better film her, because nobody’s gonna believe that at almost a hundred, she’s still working out at the gym. And just as a throwaway comment I said to her, “Grandma, do you have some words of wisdom?” And that was the beginning of this whole project.

A project that started Bergman down a path of unexpected twists and turns, fighting against the fallacy that increasing age means diminishing value, revealing a source of wisdom that’s there for all of us to benefit from, that instead we tend to isolate and ignore. “One of the things that I learned when I was doing the research for the film is that the last hundred years is the first time in human history that we’ve looked to anyone other than our elders for advice. We look at our cellphones. And you think about young people, they don’t necessarily have that connection of a grandparent, or an elder in their life to ask questions to. And I really feel the world is suffering as a result.”

Suffering is a recurring theme. Nearly everyone in the film talks of facing something unthinkable, fighting in war, fighting for food, the sting of racism.

The film reminds us that wounds don’t always show on faces. Yes, Bergman had stumbled onto something more profound than even she realized.

They’re stories that are fascinating on their own, but even more important for what they can teach us about ourselves. Stories we can use as an invaluable guide to help direct our own difficult choices as we move forward, if we open our lives to those who came before.

Just because somebody’s older, doesn’t mean that they haven’t experienced the same things you’ve experienced. In fact, they’ve experienced it and they might be able to give you some advice on how to move through life so that you don’t have to make the same mistakes.

“I wanna live a life well lived. And so I want people that are role models for that, what can I look forward to? What should I be doing so that when I get to the end of my life, I feel like I’ve lived a life well-lived.”

A life well lived is what we all want. It’s why her film has made such a connection. You know, one of the things that I like to leave audiences with, is the words of wisdom from my grandmother, which is, she always said, “It’s always better to be kind than right.” And she lived her life just being kind to people. And what a better world this would be if we were all kind to someone. Be kind to everyone, enjoy life to the limits. I’m grateful for all I have and the love of God and my family, that’s it now.

Growing Bolder is Rebranding Aging® all across America by sharing the inspirational stories of ordinary people living extraordinary lives; men and women who are smashing stereotypes and proving that when it comes to living big, bold lives, it’s not about age, it’s about attitude. “