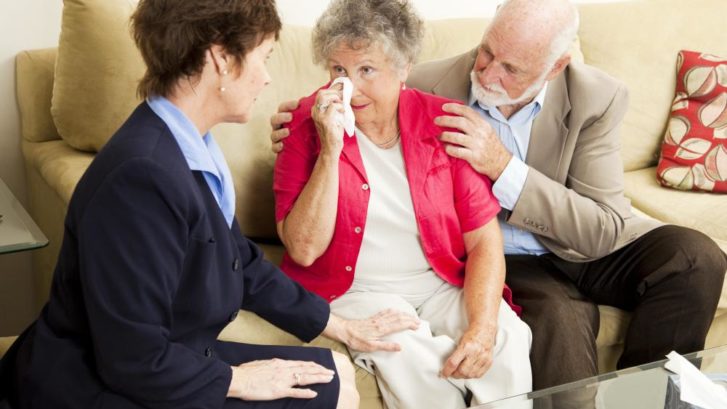 SA has only 3 psychiatrists specialising in old-age

Professor Felix Potocnik, of the South African Society of Psychiatrists (SASOP), says the trend of South Africa representing one of the most rapidly ageing countries in Africa, demands an awareness of the challenges and needs facing the elderly.

“We used to have five dedicated psychogeriatric units at our South African universities, but now there is only one, which is at Stikland Hospital in Bellville, Western Cape,” he says.

“Stikland Hospital is a public hospital and has the only HPCSA-recognised geriatric psychiatry unit and training facility in South Africa. The unit consists of three wards with a bed capacity of 77 (33 male beds and 44 female beds). It is over-subscribed with a waiting list exceeding several weeks. The reason for this is that the Western Cape has some 600 000 elderly of whom an estimated 40 000 (6.6%) are suffering with dementia.”

South Africa’s elderly population is growing rapidly – but state mental health care is not adequate. About 30% of adults aged 60 and older will at some stage require medication to treat mental conditions.

Potocnik says greater reliance is placed on family, friends, social support groups, district clinics and regional hospitals to help with providing services for the elderly. In addition, medication is costly.

But why are the elderly at such risk of mental health problems?

Potocnik says the challenges one faces with advancing age create strong emotions such as sadness, anxiety, loneliness and lowered self-esteem. Coupled with physical and/or mental disabilities, it renders the individual more vulnerable and unable to engage in many activities in daily life.

“Older adults who are suffering from depression experience symptoms that disrupt their daily lives, resulting in withdrawal from social activities, friends and family and all the things that used to bring them joy. It’s important for family members to be vigilant and recognise any changes in behaviour and to seek help from medical and allied services.”

In South Africa, about 7% of the elderly population suffer from dementia.

Potocnik says dementia is usually a slow and progressive condition that requires specialised monitoring and treatment from a psychiatrist.

“While some element of forgetfulness accompanies one’s later years, it is important to realise that it is not a disability if you can still make rational decisions and get on with your daily life. Although the key symptoms of dementia include forgetfulness, in the earlier stages it is about multiple cognitive deficits that herald a decline in one’s ability to think abstractly and logically, to use language properly and to make sensible decisions.”

“The brain’s inability to function properly starts affecting every day activities. The person may present with an inability to keep their attention and focus long enough to meaningfully read a book, an article, or follow a TV programme. An artist might fail in the standard of their art, a person might incessantly fall asleep at work, or there may be a steady increase in pathological hoarding.”

Potocnik says that aberrations of mood are a very early sign of impending dementia. There is usually an underlying current of irritability, often accompanied by emotional outbursts. The patient may also present with relapsing bouts of depression or anxiety which become increasingly difficult to treat and contain.

“The personality may change. This may range from subtle exacerbations of existing characters traits to uncharacteristic behaviour where, for example, a clergyman is found shoplifting, or businessmen making rash decisions quite contrary to their previous behaviour.”

He says memory loss among those suffering from dementia includes the inability to learn new information, losing items of value, and becoming lost in unfamiliar surroundings. In more advanced stages of memory loss, one may forget crucial details and dates as well as not remembering or even recognising family members.

Potocnik says in very advanced stages patients may not even recognise their own reflection in a mirror.

“Overall, the duration of dementia may be as short as six months, or exceed two decades. While the patient themselves rapidly lose insight and are unaware of any problems they may be causing, this ‘second childhood’ is extremely stressful for the caregiver. Their incidence of depression and other illnesses, need for medication, or even hospital admissions is double that of their peers. The caregiver looking after a dementing spouse has a six times higher rate of dementing themselves (12 times higher for male caregivers) when compared with peers where both partners enjoy normal mental health.”

Shire is proud to provide a range of quality,  independent, personalised services to the retirement market – We look forward to being of service to you. To find out more about the services we offer, click here.