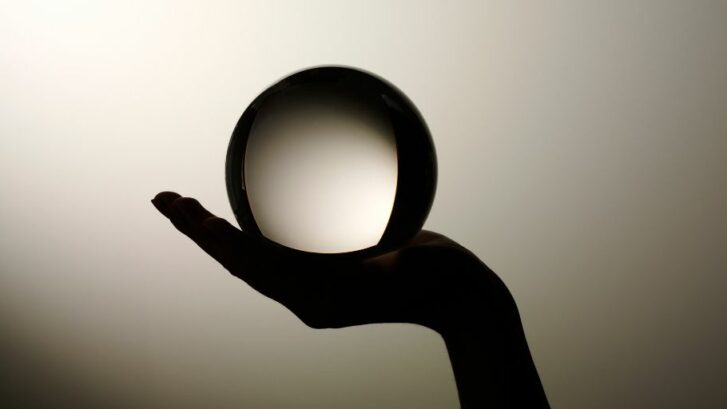 “All I feel comfortable predicting now is that my future will be different than I thought.

In a comment responding to my recent blog post about making better decisions in the face of uncertainty, a reader wrote: “Life is inherently risky. To try to compensate for every contingency is irrational. We can “what if” ourselves right into a straitjacket! You retired early … you won!”

As a lifelong football fan, this comment reminded me of Super Bowl LI. At the 8:31 mark of the third quarter, Tevin Coleman hauled in a six-yard touchdown pass from quarterback Matt Ryan, putting the Atlanta Falcons ahead of the New England Patriots 28-3.

Even with future Hall of Fame coach Bill Belichick and quarterback Tom Brady on the other sideline, there was no chance of New England overcoming a 25-point deficit in a game in which they were being dominated by a formidable foe.

Atlanta took its foot off the gas pedal. It tried to run out the clock. And it lost.

There’s a valuable lesson there that we can all apply to retirement planning. . . It ain’t over ‘til it’s over.

If you’re retiring at the traditional retirement age, you may only be in the third quarter of life. If you leave your career early, like I did at age 41, it may not even be half-time. You haven’t won yet.

Traditional retirement planning, assuming earning no more income and focusing on safe withdrawal rates, is akin to trying to run out the clock. It’s playing not to lose.

Let’s look at why you should continue to play offense in retirement, especially if you’re planning to retire early.

Many people talk about planning for black-swan events, which by their very definition can’t be predicted and thus planned for. Conversely, my blogging friend Doc G writes on his blog about the idea of planning for white-swan events.

He writes: “White-swan events are much more common but can be no less devastating to a financial plan. So why do we spend so little time thinking about them?”

A few examples of what he calls white-swan events are changes to your health or tax laws. This idea that life and thus spending is dynamic is firmly rooted in reality, in contrast to modeling based on the assumption that retirement spending remains fixed over time, adjusted only for inflation.

I would add another “white swan” that few people like to talk about to his list. Divorce.

Divorce rates are generally decreasing. But for those age 50 and older, the trend is strongly moving in the opposite direction. Researchers have termed this Gray Divorce.

For those who think early retirees are different and early retirement is some panacea, I refer you to Mr. Money Mustache’s eloquently written post about his recent divorce.

In my own case, my wife and I didn’t go down the road to divorce. But the massive life transitions during the first year of my early retirement contributed to the most tumultuous period in our otherwise happy 18 years of marriage.

Prior to going through the experience, I would have never predicted this happening. Which leads perfectly to my next point.

Retirement planning requires making many assumptions. We have to predict the unknown. The longer our retirement horizon, the greater our errors become magnified as they are compounded over many years.

Before you try to forecast decades into the future, it is wise to start with a healthy dose of humility. This Freakonomics podcast reminds us of “The Folly of Prediction.”

You need to predict life expectancy. The Atlanta Falcons couldn’t hold on to their 25-point lead for 22 minutes! How much harder is it to develop a plan when you don’t know how long the game will last?

We need to predict economic factors which include future stock market returns, sequence of returns, interest rates and inflation rates. Few of us are economics experts.

Even the “experts” are generally terrible at predicting these things. Studies have shown it is very difficult to predict recessions, interest rates or financial markets.

We need to predict future political conditions that will affect tax rates, the health-insurance marketplace and Social Security.

Most political “experts” couldn’t accurately predict the outcome of our last presidential election the day before it occurred.

We also need to predict ourselves. What will make us happy? What do we really want for our lives?

This intuitively seems much easier than making economic or political predictions. But science tells us otherwise. Harvard psychologists’ studies have shown that “when people try to estimate how much they will enjoy a future experience, they are dependably wrong.”

As I approach two years of early retirement, the only thing I feel comfortable predicting with confidence is that my future will end up differently than I would have predicted.”