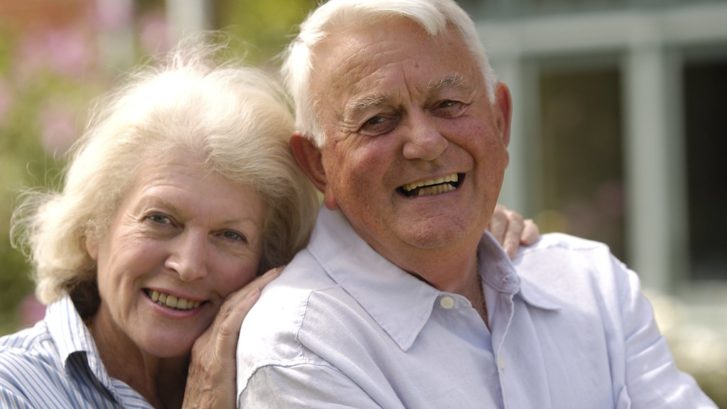 WASHINGTON, D.C. – Non-retired Americans’ expectations for what their income sources will be in retirement are broadly similar to a year ago. Most say they will rely to varying degrees on

Solid majorities also foresee depending to some extent on home equity and individual stock investments.

Still, non-retirees today may be counting a bit more than they did last year on certain income sources. This includes a six-percentage-point increase, (from 64% to 70%) in those saying part-time work will be a major or minor source of retirement income for them and five-point increases in expected reliance on Social Security (from 83% to 88%) and personal savings accounts or CDs (from 68% to 73%).

Meanwhile, despite the recent economic slowdown and stock market decline stemming from the coronavirus, Americans are no less likely than they were a year ago to foresee relying on home equity, individual stock investments, money from an inheritance or rental/royalty income. And they are no more likely to anticipate relying on a pension or annuities or insurance plans.

These findings are from the 2020 installment of Gallup’s annual Economy and Personal Finance survey, conducted April 1-14.

Another indication that the COVID-19 economy isn’t rattling consumers’ long-term financial outlook comes from non-retirees’ estimate of the age at which they expect to retire, currently averaging 66. This is similar to the average expected age of retirement recorded each year since 2009.

The figure was typically below age 65 in prior years, in part reflecting the lower age at which Americans were eligible for their full Social Security benefits. The age of eligibility has been increasing according to a schedule Congress passed in 1983. 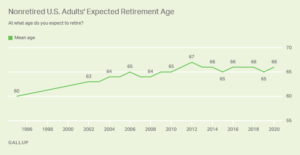 The same poll asks retired Americans about their current reliance on the same 10 retirement income sources.

While self-reports of most income sources did not change in the past year, there has been a slight decrease since 2019 in those relying on individual stock or stock mutual fund investments. Retired Americans also report increased reliance on personal savings and pensions. The current levels are, however, similar to 2018, so it is unclear if the latest changes reflect financial pressure on seniors from the COVID-19 crisis, or just normal year-to-year variation given the smaller sample size of retirees.

With most Americans still retaining their jobs and taking no hit to their income, many have yet to personally experience the economic effects of the COVID-19 crisis. As a result, their ratings of their current financial situation are down only slightly. And their concern about having enough money for retirement is up only slightly.